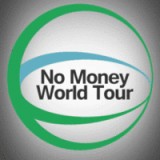 Smart Crowdfunding is slated to carry out strategic marketing initiatives for the 'No Money World Tour' crowdfunding project on Indiegogo. The campaign is raising funds to launch a web-based reality adventure game.

Rome, Italy, July 23, 2014 (Newswire.com) - The “No Money World Tour” is a new reality web-based game which launched an Indiegogo campaign in order to bring their idea to the public. This campaign began on July 1st and hopes to reach their funding goal of €50,000 by the close of their campaign on August 29th.  The idea behind The No Money World Tour is simple; create an adventure in which the players are their own avatar, all of the adventures and participants are real as a “game becomes reality”. The participants, known as “Web-Nomads”, will be thrown into a world where they have to survive on their own wits, and face new challenges and adventures as the game progresses. The creators’ state: “There are some set rules to follow, but the most important component will be their ability to adapt and take part in a world tour with very little money.”

No Money World Tour offers a real-life adventure through participation in their reality web-game. Users can control and affect the game, which makes the adventure more exciting and variable. All video for the game will be shot by the eighteen Web-Nomads. It is a game of very basic survival with the simple twist that your fate can be dictated by the other participants. “It's the real version of The Hunger Games, where the users through the interactive network are completely immersed and are able to control and effect the adventure of the Web-Nomads with just a click of the mouse!” the game creators state.

"Have you ever asked yourself, could I survive a journey around the world with just change in my pocket? Have you ever had a once in a life time adventure?Would you risk everything to achieve your goal?"

No Money World Tour will be the ultimate blend of competition, survival and adventure. There will be three essential phases to the launch of this game: Phase 1 is the “Subscription Phase” in which users subscribe to the website to play a role in the selection of the Web-Nomads. Phase 2 is “Selection Phase” where100 potential participants will be chosen (50 couples and 50 single candidates). Phase 3 is the Web-Nomad Orientation phase which occurs only three weeks prior to the start of the game. Then it is time to officially let the games begin!

The game creators are ready for The No Money World Tour to be up and running, and    are giving the public a chance to become involved in this game from its inception. With that in mind, they launched this crowdfunding venture to raise the funds needed to make the game a reality. As an added incentive to all contributors the campaign is offering several perks. These perks, which serve as great incentives for funders, range in value from a thank you, to free web access, t-shirts, a chance to be involved in the selection and voting process, and valuable No Money World Tour merchandise. The game creators said it best, “Everyone has one life to live, a destination to get to, we are all in this game together!!” Full details about the game can be found on their No Money World Tour campaign page.

About No Money World Tour:

No money world tour is the first web based global reality game in which the protagonists are real people and the players are users who can control the outcome and experience.