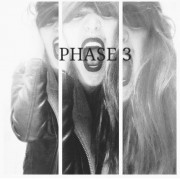 A talented female duo has launched the inspired 'Phase3' film project on Indiegogo. The team behind this campaign is crowdfunding to bring a chilling new movie to audiences everywhere.

Los Angeles, California, August 12, 2015 (Newswire.com) - Aspiring writer and director Lennon Ramsey has teamed up with producer Fawn Bowen and launched a crowdfunding campaign on Indiegogo. This campaign has a funding goal of $30,000, which needs to be raised in order to begin the exhaustive filmmaking process for their chilling new horror flick “Phase3”. The entire script was written by Ramsey, with motivation from Bowen, who will also be playing the lead female role in the film. When asked why she wanted to make this film, Ramsey simply states that she gets a “sick kind of thrill out of scaring people”. The team plans on utilizing Ramsey’s screenwriting talent, coupled with the power of true raw emotion rather than modern special effects, in order to scare people. Their belief is that this film will not only frighten the audience, but it will stick with them long after they leave the movie theater.

The two women behind this project have completed all of the essential groundwork for Phase3, including completion of the script, and they are now ready to begin the actual filmmaking process which is why they have launched their Indiegogo campaign. All funds raised with this campaign will be used to cover the massive expenses involved with creating a feature film. They will be choosing the various talent, as well as finalizing the location of the film and hiring the lighting and sound crews. Creating a movie is not an easy venture, which is why they need help from the public. As an added bonus with this campaign, the team is offering several perks. These perks, which serve as funding incentives, range in value from a “Virtual High Five” that allows a supporter to follow the campaign and receive all of the updates, to various “Shout Out” levels and merchandise items. They are even offering a supporter the rare opportunity to be a Phase3 producer. Full details can be found on their campaign page.

"Our names are Fawn and Lennon and we have this amazing dream. We are currently working on a horror feature and we need your help to get our baby out there. "

Phase3 is the inspired creation of writer and director Lennon Ramsey and her talented partner Fawn Bowen. It is an inspired horror film that hopes to scare people in ways they have never been frightened before. The film focuses on showcasing real emotion in order to create a film that will stick with the viewer.

To learn more about the Phase3 crowdfunding project Click Here

To contact via email write to Fawn Bowen at: bowenfawn@gmail.com