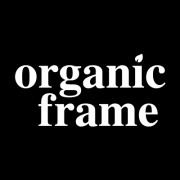 Smart Crowdfunding is slated to carry out strategic marketing initiatives for the 'Organic Frame' project on Indiegogo. The team behind this campaign is crowdfunding to bring an inspired and practical new visual perspective to flat screen televisions everywhere.

Miami, Florida , August 12, 2015 (Newswire.com) - ​Marc Seubert, the president and founder of Organic Frame, has launched a crowdfunding campaign on Indiegogo. This campaign has a funding goal of $25,000, which is being raised to help people “make something beautiful out of their TV”. Seubert came up with this concept after noticing that most frames on modern televisions are designed with glossy borders which can be very distracting due to the fact that they reflect light. There is no visible barrier between the image being portrayed, and the outer perimeter which causes the eye to continuously shift focus. Seubert states, “The organic frame is our solution to getting rid of distracting light reflections and to start enjoying digital content in a feel-good atmosphere that is efficient and relaxing at the same time.”

Organic Frame consists of a flawless one piece construction, and is made of a matte all organic material. It is and designed to fit on the outer edge of the television in order to cover the reflective border of the frame perfectly, without effecting the remote control’s functionality. It adds a nice touch of class and décor to the television, turning it into a virtual work of art for the wall. Organic Frame is made in multiple sizes so that it will fit most modern TVs, as long as the outer perimeter of the TV is nearly flat. The team is currently offering the frame in either black or white, with the choice of a basic or ornamental detailing style. Organic Frame is very user friendly and has a simple universal mounting system for easy attachment and removal.

The team behind this project has been hard at work with all of the essential groundwork for the Organic Frame, and they are now ready to move on to the next phase in manufacturing which is why they have launched their crowdfunding campaign. They plan to begin the final steps in production after their campaign closes, with a projected shipping date of January 2016. As an added bonus with this campaign the team is offering several perks. These perks, which serve as funding incentives, range in value from an ‘Exclusive Offers & Updates” perk which allows a supporter to follow the campaign and receive all of the updates, to the opportunity to pre-order an Organic Frame in various sizes at a substantial savings off of regular retail prices. Full details can be found on the Indiegogo campaign page.

Organic Frame was founded by Marc Seubert, and consists of a talented team of professionals. Everyone on the team has extensive experience in their individual fields of expertise. Seubert has studied engineering and design, worked in the creative industry for several years, and worked as a manager who was responsible for product development.  Daniel Plänkers, the Co-Founder & Designer, studied design and has over 10 years of experience working as an Art-Director. Simone Schüttbacher, the projects logistics expert, has more than 10 years of experience in international logistics which makes her the perfect person to handle all incoming tasks with patience.

To contact via email write to Bianca Schertler at: bianca@organicframe.com