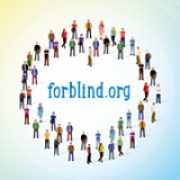 Smart Crowdfunding is slated to carry out strategic marketing initiatives for the 'Ultrasound devices for visually impaired' project on Indiegogo. This campaign is being run by the non-profit forblind.org who are crowdfunding to bring an ingenious new device to market that will open the world to visually impaired people.

New York City, New York, May 21, 2015 (Newswire.com) - Vitaly Munirov, one of the founders of the non-profit organization forblind.org, has launched a crowdfunding campaign on Indiegogo in order to introduce their ingenious new device to the public. This campaign has a funding goal of $6,000, which needs to be raised in order to bring “Ultrasound” Arduino based devices to market so they can help make the world a more accessible place for blind people everywhere. The majority of blind people rely upon a cane in order to get around. They use it to “feel” the world around them, and avoid potentially dangerous situations and obstacles. The inspired minds behind Ultrasound state, “[blind people] use canes to probe their surroundings, but some obstacles can be hard to spot. Fences, tall cars, and barrier gates for example.” This inspired them to come up with a truly viable solution, and open the world to the visually impaired members of society.

The Ultrasound devices use Arduino technology and function like echolocation in order to help a blind person “see” their surroundings. The device sends out ultrasound waves and then measures the time it takes for an impulse to reach an obstacle and bounce back in order to determine the distance to the object. Ultrasound comes in two versions: U-Nozzle and U-Box. The U-Nozzle fits onto a cane, while the U-Box is worn like a badge or lanyard style necklace. Both versions feature 3 vibration intensities depending upon proximity to the obstacle, with a maximum range of 5 feet. The device is small but powerful, wireless and battery operated. It has an 8 hour operating time per charge, and is recharged via a small USB port. The makers have made this device extremely affordable because, “We want our technology to spread around the world as quickly as possible to make life better for as many visually impaired people as possible.”

The team behind forblind.org have been working very diligently on all of the essential groundwork for the Ultrasound device and are now ready to begin the next phase in development which is why they have launched their crowdfunding campaign. After the campaign, they plan to begin the production and beta-testing phases, so they can receive valuable feedback on their device before beginning mass production and shipping. As an added bonus with this campaign, the team is offering several perks. These perks, which serve as funding incentives, range in value from a “Thanks” perk that enables a supporter to follow the campaign and receive all of the updates, to a forbling.org supporter bracelet, the chance to be an early beta-tester, or the opportunity to pre-order the Ultrasound devices at a substantial savings off of the regular retail price. Full details can be found on their Indiegogo campaign page.

forblind.org is a nonprofit organization that wants to make the world a moreaccessible place for the visually impaired. They have a unified goal of making lives better through modern technology, and want their innovations to spread around the world as quickly as possible to help as many visually impaired people as possible.

To learn more about the Ultrasound crowdfunding project Click Here

To contact via email write to Vitaly Munirov at: v.munirov@gmail.com 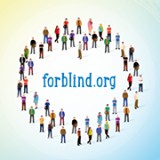